This page is written by the game's inventor, Siwakorn Songrag.

Continental Chess is a Chess Variant for two players. The idea behind the game was to create one with many types of pieces (that all are dislacement capture) such as stepper, leaper, hopper and rider in one game.

Continental Chess is played on an 8 by 8 board. Each player has 1 General, 1 Guard, 2 Elephants, 2 Horses, 2 Chariots, 2 Cannons and 10 Soldiers. The initial setup has only 16 pieces per player, with another 4 pieces held in hand. 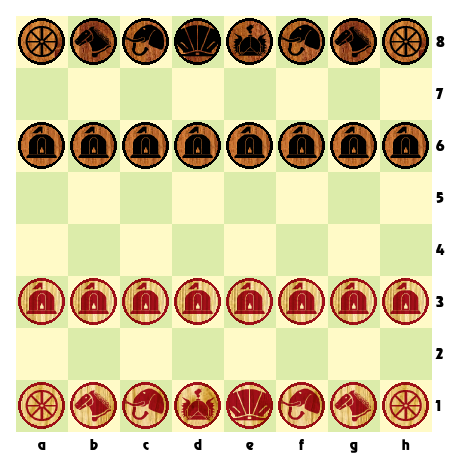 For White: Soldiers on 3rd rank. Chariots on 2 outermost squares of 1st rank. Horses next to Chariot. Elephants next to horse. General and Guard next to Elephants but General always on the left of Guard. 2 Soldiers and 2 Cannons are in hand. 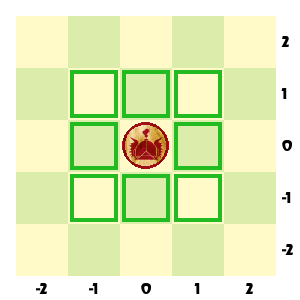 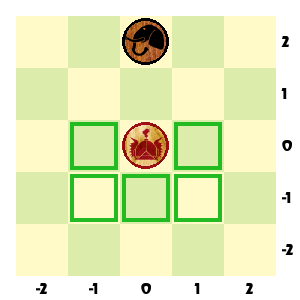 The General may move to any adjacent squares. It may not move into check, and when it is checked, the player must make a move to end the check. It moves like the King in Chess except it can't castle.

On 2nd Diagram, the Elephant threatens check on three squares the King could otherwise move to, which prevents the King from moving to those squares. (Please see Elephant movement below.) 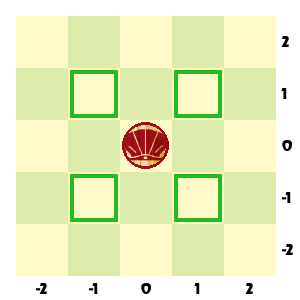 The Guard may move to any adjacent diagonal square. It will still remain on the same color. It moves like the Ferz in Chaturanga and Shatranj. 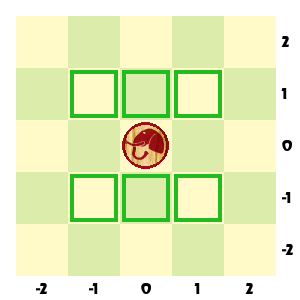 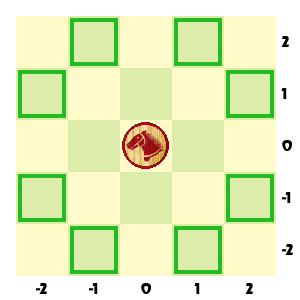 The Horse may move to any of the closest squares that not on the same rank, file or diagonal. It moves like the Knight in Chess. 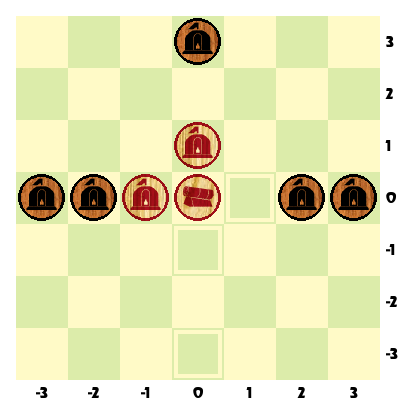 For dropping Cannons, Cannons may be dropped only on the player's 1rd rank, which is the rank the other pieces (not soldier) begin on. Each player has 2 Cannons that can be dropped. 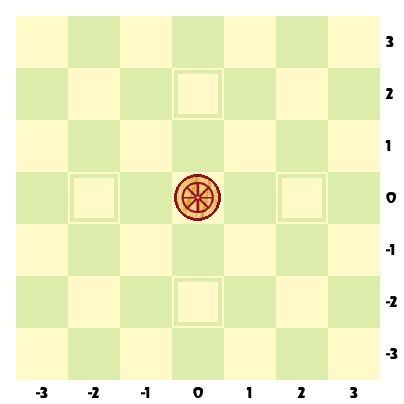 The Chariot may move any number of squares along a rank or file, but it cannot leap over other pieces. It moves like the Rook in Chess. 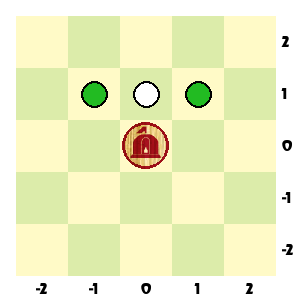 The Soldier may move to an adjacent front square on the same file, but it can capture only on an adjacent front diagonal squares. It must promote to Guard Soldier immediately when it reaches the player's 6th rank, which is the rank the opponent's soldiers start on. It is completely like the Pawn in Makruk.

For dropping Soldiers, Soldiers may be dropped only on the player's 3rd rank, which is the rank the other soldiers begin on. Each player has 2 Soldiers that can be dropped.

The Guard Soldier may move to any adjacent diagonal square. It will still remain on the same color. It moves like guard but it can appear from soldier promotion only.

The Guard Soldier may use same visual as Guard or use different visual.

Other rules are the same as in Chess except for these changes:

Pieces in hand (2 Soldiers and 2 Cannons) may be dropped into games, but captured pieces will be removed and no longer used.

Dropping must done instead of moving. You can drop only one piece on a turn. Each player can drop only 4 times during the entire game (because each have only 4 pieces to drop). 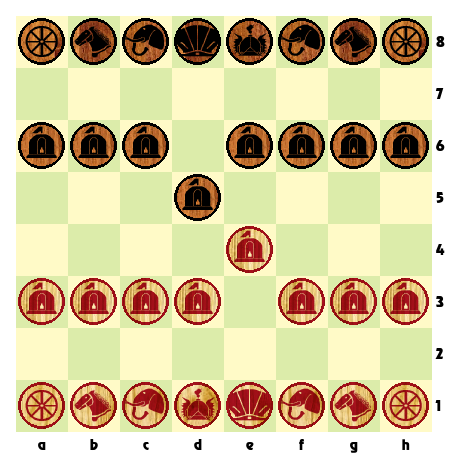 For example, this is 2nd White turn. White may drop a Soldier into e3 instead of moving, but it is not recommended.

The object of the game is to make the opponent unable to make any legal moves. It’s not same as Chess. Stalemate is a win for the player who can force stalemate. 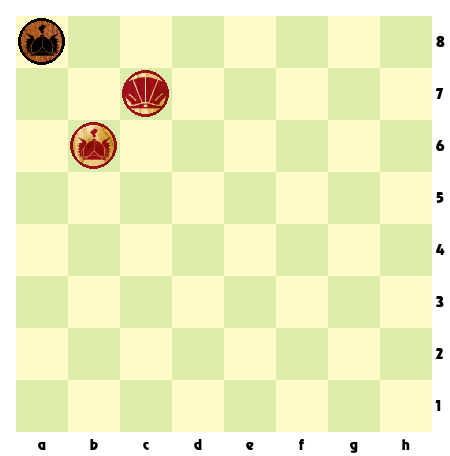 For example, this is Black's turn. Black must make any legal move without moving the General into Check, but he can't. The game is a win for White.

50 moves rule is replaced by 64+16 moves rule. When there are no more Soldiers left on the board (Guard Soldier doesn't count into this rule), a countdown of 64 turns (a move from each player) begins. If that countdown reaches 0, the game is a draw. However, any capture adds 16 to the current countdown. 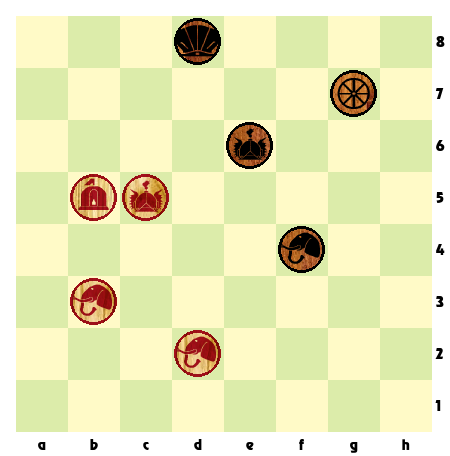 For example, this is White's turn: White is disadvantaged and tries to draw with 64+16 moves rule. White play b6=G to start the countdown; without further captures, the game will end in draw in 64 moves of Black. In other words, after Black's move complete 64 moves game will end in draw. But Black try to avoid it, Black doesn't want to count 64 moves to draw. Black try to trade Guard Soldier with S+c7 to increase 32 moves, from 64 moves to 96 moves (Becuase it has 2 pieces have been captured). But White don't want it and try to avoid trade with Ga5 and game will continue with Black have 63 moves if not have any pieces has been capture to checkmate White General.

Continental Chess can be played with a Standard Set board (Can play by use either 2 colors board or 1 color board, but recommend to use 1 color board.) with Two Makruks Set, by represent Cannon by Boat Tilting and represent Guard Soldier by Flipped Pawn.

These variations standard rules are apply but additional these rules.

These rules can use together.

Who can check opponent general and opponent can't get out of check without moving general or general capture the attacker; win.

For who want first game of player against player between Popo Chess against Skyhistory (me).