This page is written by the game's inventor, Davor Vujacic.

Ok, here's the plot. As we have seen in many movies, shortly before the massacre starts, the brave king motivates his soldiers with inspiring speech. So he is in front of his troops and suddenly a battle begins. The king is now forced to hastily retreat to safety, but this can be quite difficult.

Two Kings are always at the same places, white on e3 and black on e6, with all other pieces placed randomly. The bishops must be on the squares of different colors and the kings' original positions from Standard chess (squares e1 and e8) must be left unoccupied. These are the only restrictions. There are 360 possible starting positions, more than enough for a lot of fun. You may consider this variant just like my other variants on standard board, as an interesting additional way of training but also as a stand-alone variant. This time I won't waste your time describing methods that we can use to place pieces randomly because I wrote about that in my previous articles about Fischer-Benko Chess and Total Symmetry Chess. You can cast die or use a random generator number - whatever you like! Once the pieces are placed at there positions, the game is played according to the rules of standard chess and of course, because the kings have to move to safety being not at their ranks, the castling is not possible. Here are some examples of possible starting positions. 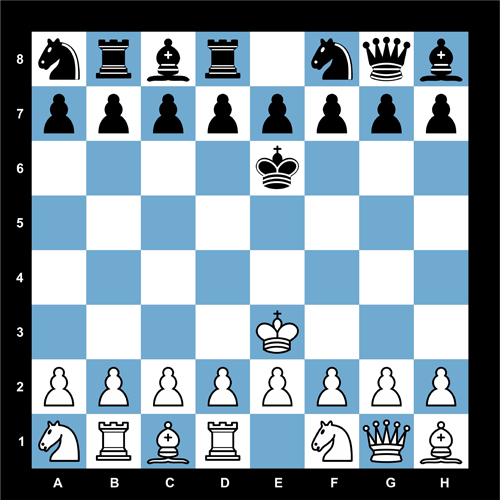 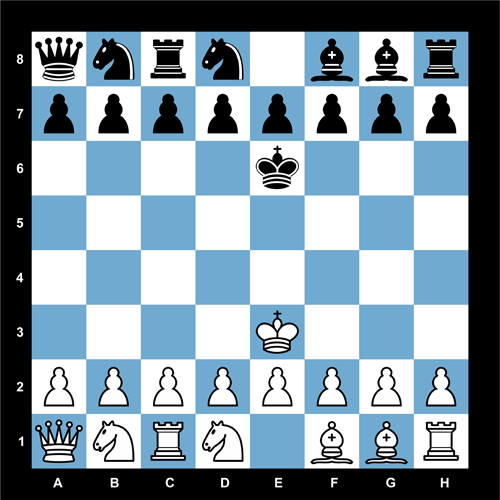 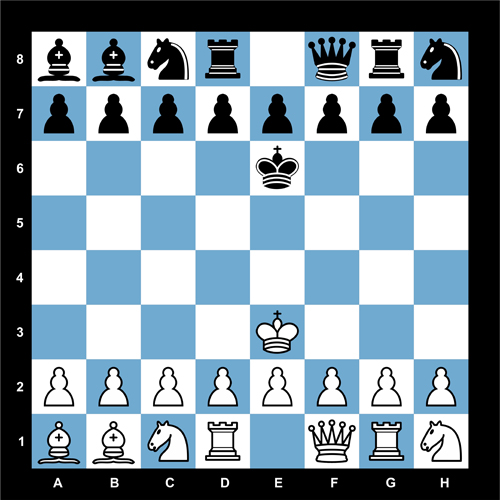